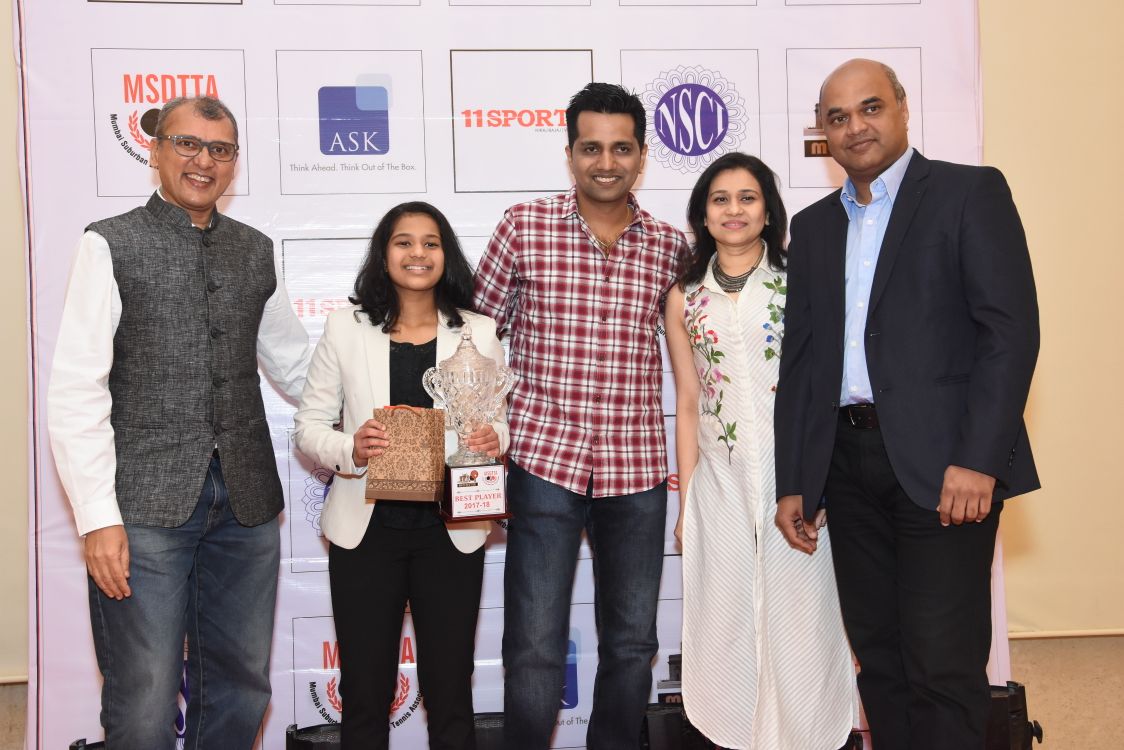 She ruled the roost at the National Championships too, winning the sub-junior girls’ singles, doubles and team titles and is currently ranked third in her category.

As many as 68 players, 17 coaches and seven administrators were rewarded for their fine displays during the function, put together by Ask, 11Sports and NSCI.

Diya Chitale: ‘It’s the ball you’re playing against and not the player’